We are His Church

Your Destiny
You have a purpose. You have God-given gifts and talents and you are unique. At the same time, God made you to be social. You were made for a family, friends and relationship. These are no coincidence; God has made you – for others. He has made you to count for something meaningful in the earth.

God’s Glory
The glory of God is more than a gladiator victory. It’s more than the highest sporting achievement. It’s His renown, His magnificence and His wonder, all of which, if we were to clearly see beyond just creation, would cause us to bow our knees in adoration! His holiness, righteousness, wisdom and love set Him apart from all others! He is the highest, the greatest, and He has determined to reveal Himself in Jesus as our greatest joy! Our salvation. It’s all about Him!

At The Crossing
These created purposes, relationships and the Sovereign Creator in all His splendour meet in the person of Jesus Christ! The Maker of all came as a man. At the Cross He restored what was broken and opened the way for us to see Him! Those who find their destinies wrapped up in God’s glory unite as the Church. We are His Church. We have a destiny…and it’s glorious.

With God’s help we want to be a loving community who live for His glory, restoring people through the Good News of Jesus, empowering and releasing them into the destiny He has for them all over the world!

A small part of His Story!

In 1985 Mannie & Dawn Pereira planted a church called Ebenezer Christian Fellowship. God used them in amazing ways to shepherd this growing body of believers through 7 different venues to the place where we meet today.

107 McGillivray Road has been an incredible gift from God as a base for fellowship, worship and ministry to many parts of the world!

Until 2001 Ebenezer Christian Fellowship had an affiliation to IFCC. Since then we have partnered with New Covenant Ministries International (NCMI).

In October 2004 Mannie & Dawn brought Brad and Charissa Lane onto Ebenezer’s eldership team. Then, after 25 years of faithfully leading Ebenezer, Mannie and Dawn responded to God’s unmistakable call to do ministry beyond just our local church into churches all over South Africa and, through doors of opportunity, into the rest of Africa, Europe and South America but especially the Great Lakes Regions of Rwanda, Burundi and eastern D.R.Congo.

Mannie and Dawn handed the church on to Brad and Charissa Lane in September of 2010. God transitioned us as an eldership and membership at Ebenezer, into a new season of identity. The refreshing of our church culture and relevance to our city and communities was launched on the 29th January 2012 under the new name and banner, “The Crossing Church”.

Brad and Charissa are joined by John and Niki Liverdos on eldership and have a team of deacons, staff and volunteers who support the wonderful pastoral work at The Crossing Church.

The Crossing is not so much about a place but more about the people God has set on dynamic pilgrimage, reaching out and crossing paths, borders, divides and gaps everywhere. We trust that it is the Cross of Jesus Christ that inspires and impacts lives everywhere…until that day when we will see Jesus return in all His Glory! This is our destiny.

This church is destined for great things in Christ! We continue to trust God as He grows us and unfolds His plans for us in the midst of Midrand and the Northern Suburbs of Johannesburg, one of the fasted growing suburbs on the continent! It is here that we want to strengthen our base, disciple our people and fulfil the Great Commission of Jesus in our days.

You have a part to play in His Story! 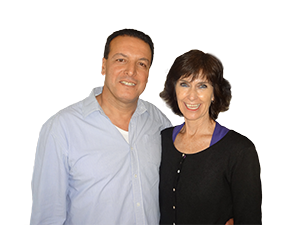 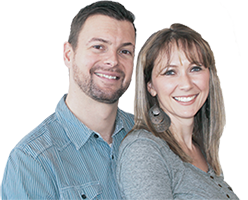 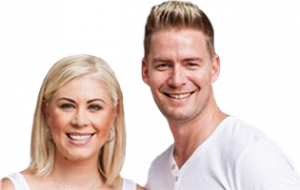